I recently picked up the Huntsman Henley as a warmer alternative to the t-shirts I normally wear as a base layer. I’ve been wanting to get a merino Henley for some time now, and I’ve been wearing this one for a few weeks.

This shirt is 93% merino wool, and 7% elastane. It comes in at 200 gsm, so heavier than most t-shirts you would wear. The wool itself is among the rougher of the wools I have felt, something along the lines of what Smartwool has. If I had to guess I would put the micron count somewhere around 19 microns.

This means that it will feel a bit scratchy, and those sensitive to that will likely hate this shirt. In my wear I always notice the roughness of the fabric when I first put on the shirt, but never after that. It’s not been an issue for me at all, but this is not luxuriously soft like other merino shirts we talk about here. As for the elastane, I didn’t realize it had any until writing this section, however it should have been rather obvious because in feeling the shirt now, there is a ton of stretch to it.

Triple Aught Design labels this as a “next-to-skin” layer, a casual base layer. I snagged one in size L, which is what I typically wear in their clothing and found the fit to be perfect. It fits looser than expected, but still rather athletic in cut. 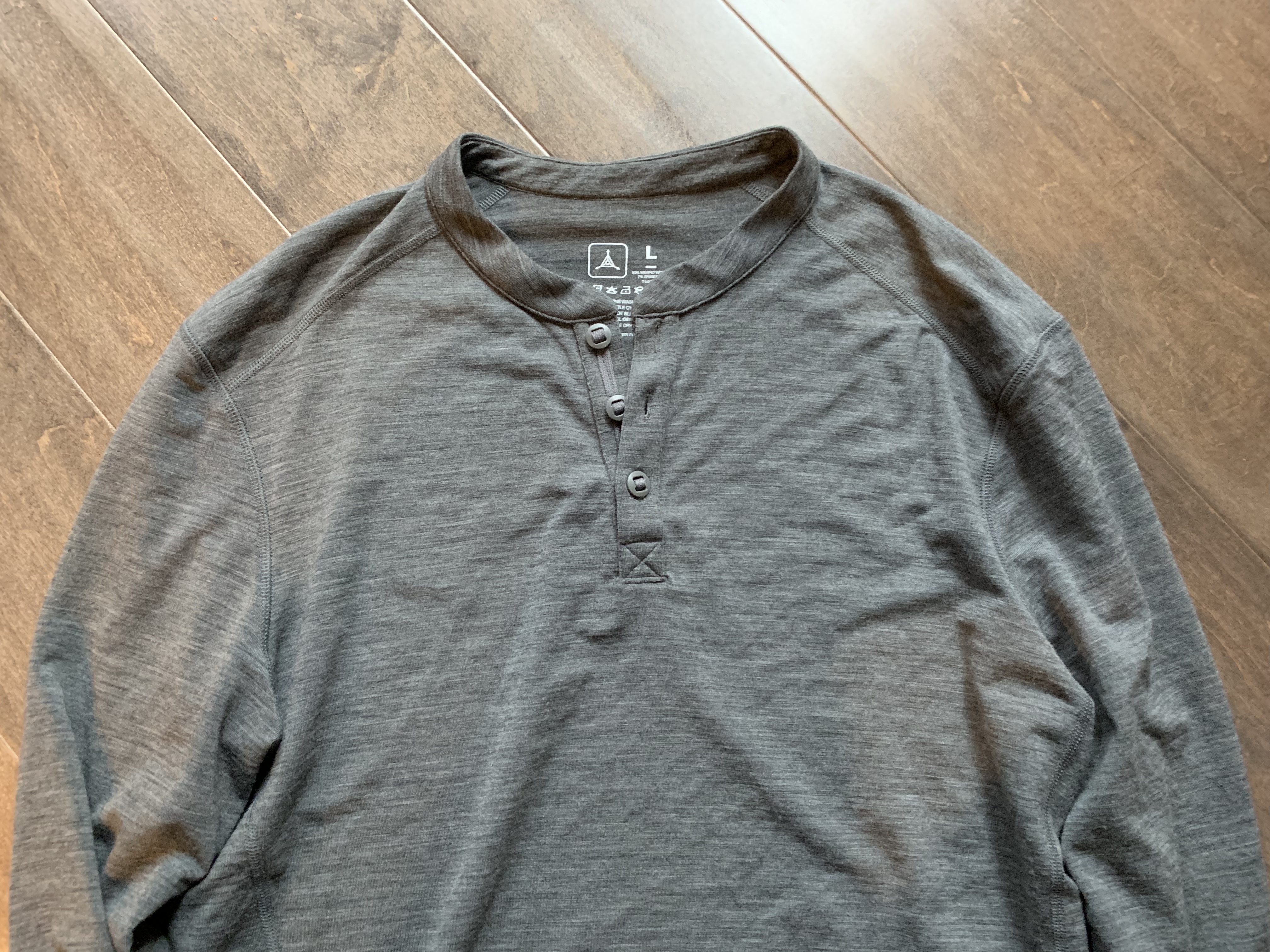 There’s two interesting style choices which set this Henley aside from others. The first is the mock neck collar. Instead of the collar sitting flat against your collar bone, as a t-shirt does, the collar on the Huntsman stands up a touch to give a much different look. How much it stands up is going to depend on how large your neck is, but for me I found that it does stand up. 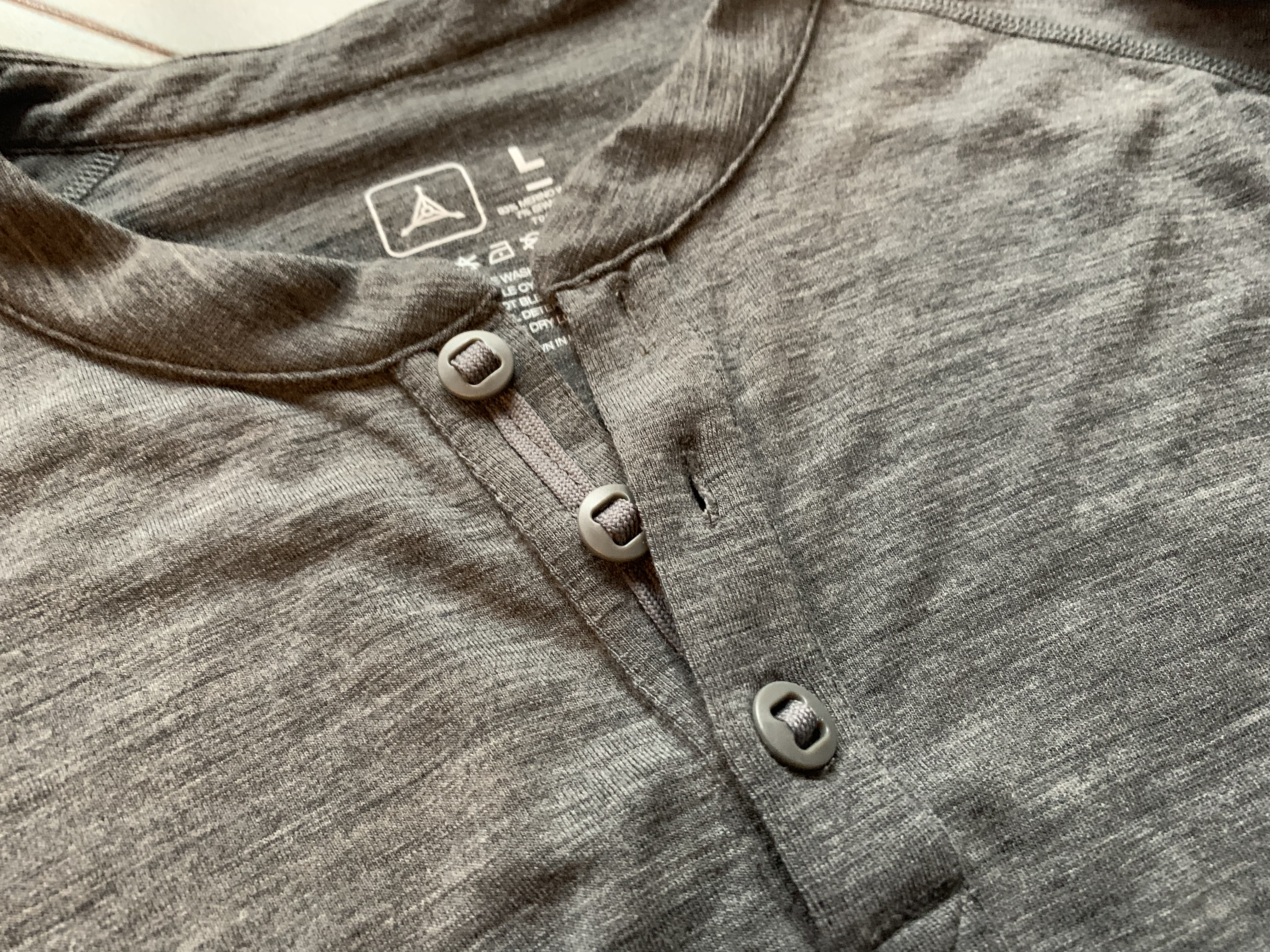 The second design choice is using Triple Aught Design’s signature slotted buttons which are attached with a nylon strap. I quite like the look and function of these buttons, but combined with the collar changes, this shouldn’t be seen as a straight Henley, as you would likely be disappointed by the over all looks if you want something classic. This is a more modern/tacticool look which was based on a classic Henley. It’s subtle, but it is there.

I’ve been very impressed with this shirt while wearing it. It is comfortable, moves well, and the buttons never unintentionally come undone. I can get my normal 4-5 days of wear out of the shirt before the odors start to pile up. When washing it dries quickly and comes out looking like new every time. 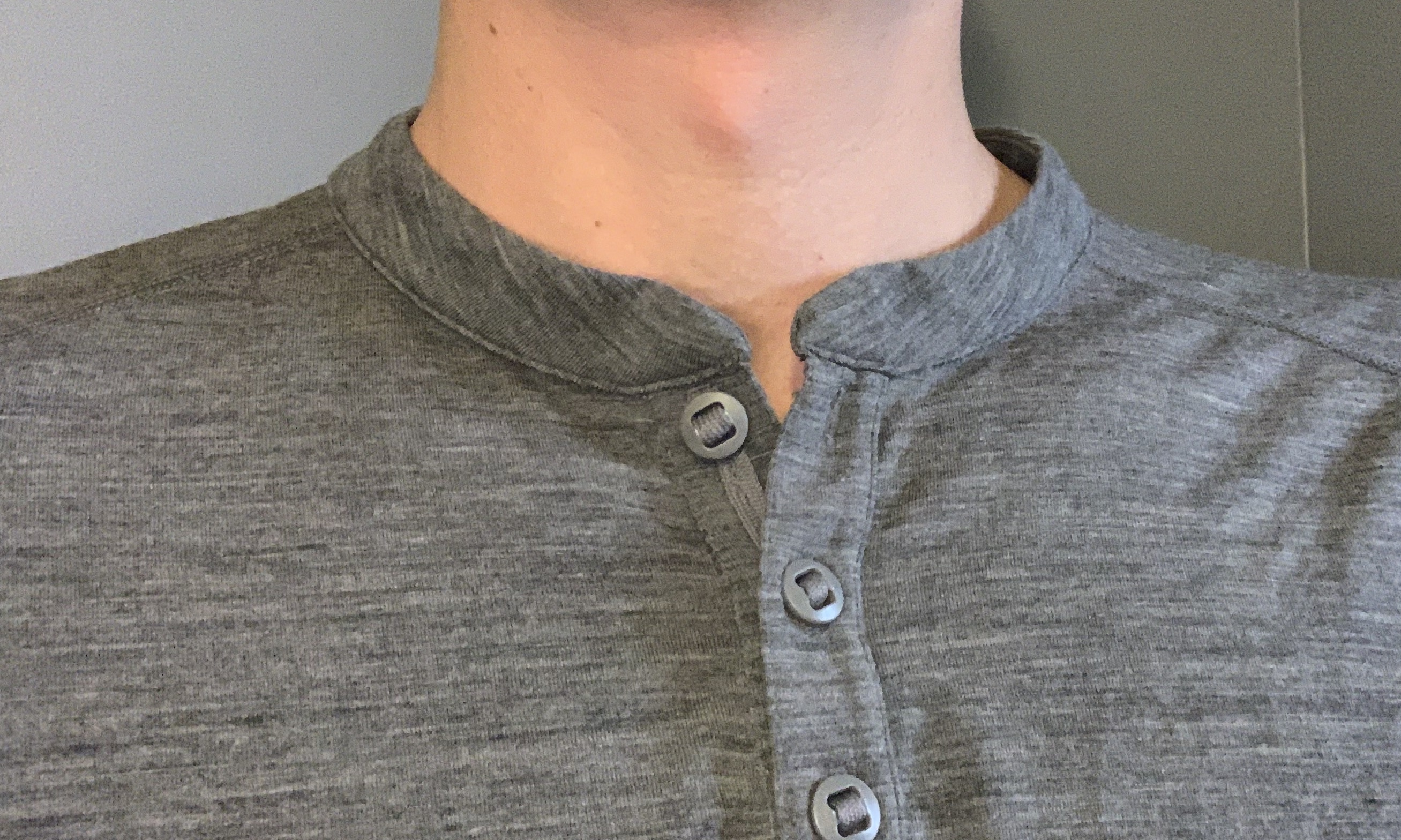 I’ve also noticed that the rougher merino seems to resist pilling and signs of wear which I would come to expect after several washes and wearing the shirt with GORUCK backpacks. So far, it’s been holding up really well, but I’ve only had a few weeks time with it.

I also don’t find it to be too warm. Most times it’s only slightly warmer than a t-shirt when on its own, while adding a nice bit of extra warmth when used as a base layer under other garments.

I really like this Henley, and it’s become my most worn garment over these past few weeks, so much so I’ve not really worn many of my t-shirts. Yes, the fabric could be a bit softer, but I have been surprised that the fabric doesn’t actually bother me. I like the style decisions on the collar and the buttons, and I think it helps to make the shirt look slightly less casual than most slouchy Henleys look. 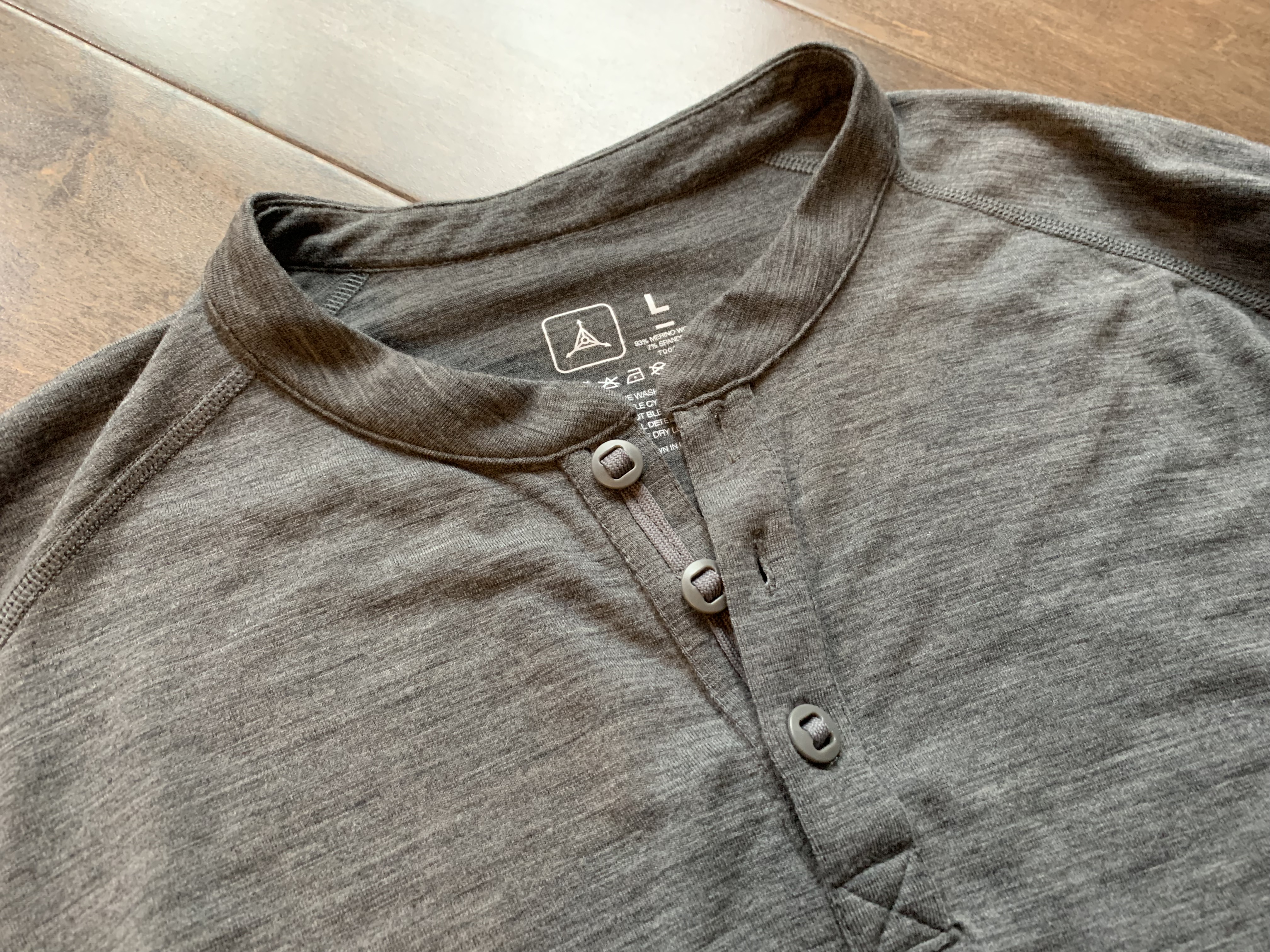 It’s a great shirt and I recommend it. Your only consideration should be whether you like the looks of the buttons, because if you do, you’ll like this Henley too.