The other day I grabbed my Outlier S140 shirt, and noticed that the armpits were discolored. The shirt itself is light blue and the armpits had visible sweat stains, and looked yellowed, even over the blue. I also remembered that a blue Outlier Ultrafine T I own has dark discoloration on the arm pits, with almost a stiff texture to that area.

It was enough of a discoloration and general gross out for me that I decided I needed to do whatever it took to clean them, or just donate the shirts and get new ones. I wasn’t going to be wearing them looking like this. So here’s what I tried, and they all failed:

At this point I was pretty frustrated, and annoyed at all the loads of wash I was doing. There was one last thing that the internet seems to universally claim would work on cotton: Oxiclean. Of course we all know this wonder TV product, but I was worried it would destroy the wool. I bit the bullet on these shirts as I knew I wasn’t going to wear the shirts like this anyways.

One shirt with slight discoloration, one with discoloration and a stiffened texture, and in addition to those two Outlier shirts, another with next level discoloration. I only took pictures of the latter, but looking at these stains I knew it wouldn’t matter if they were ruined, because they already were.

Here’s what the worst shirt looked like before I started: 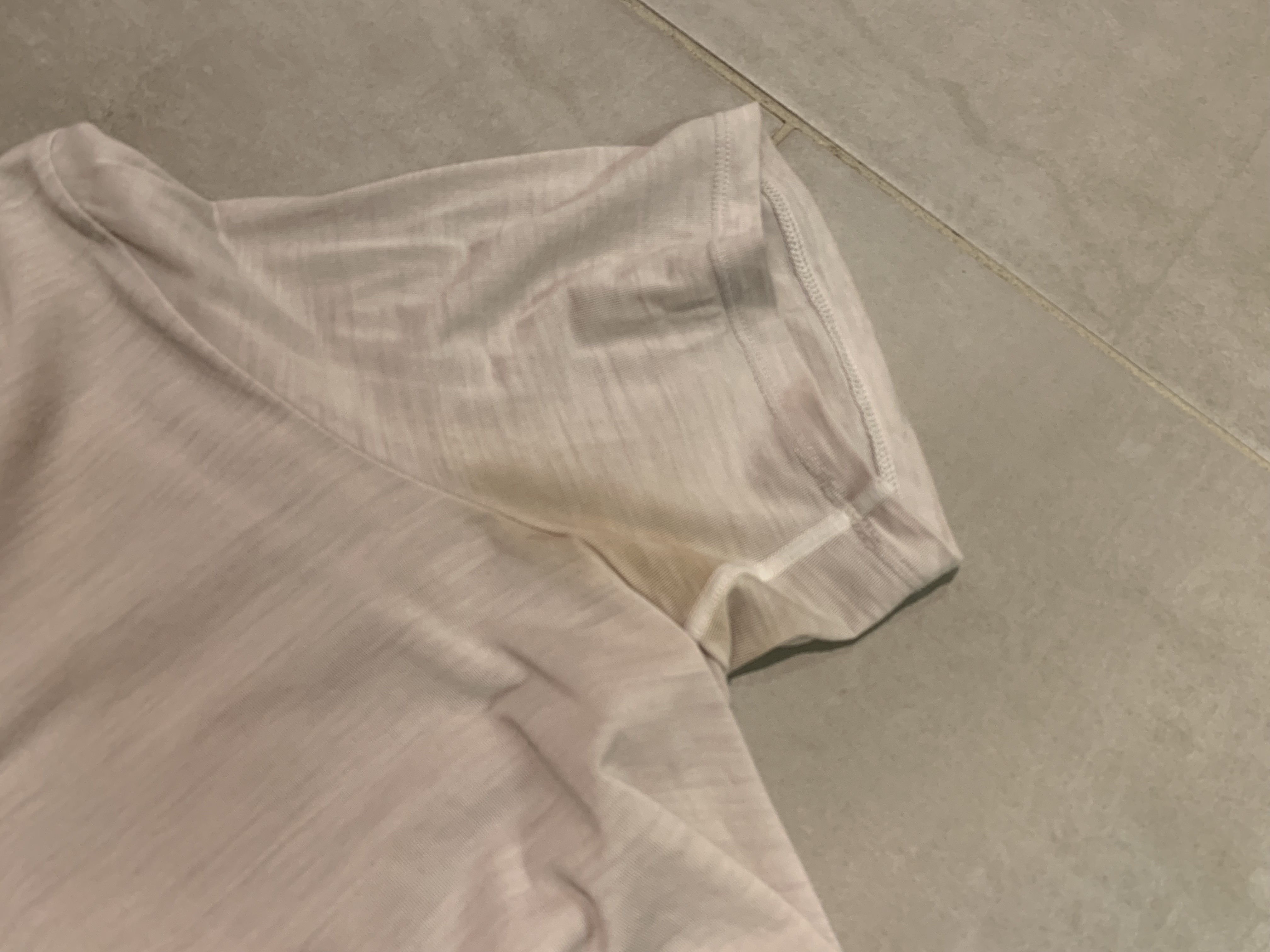 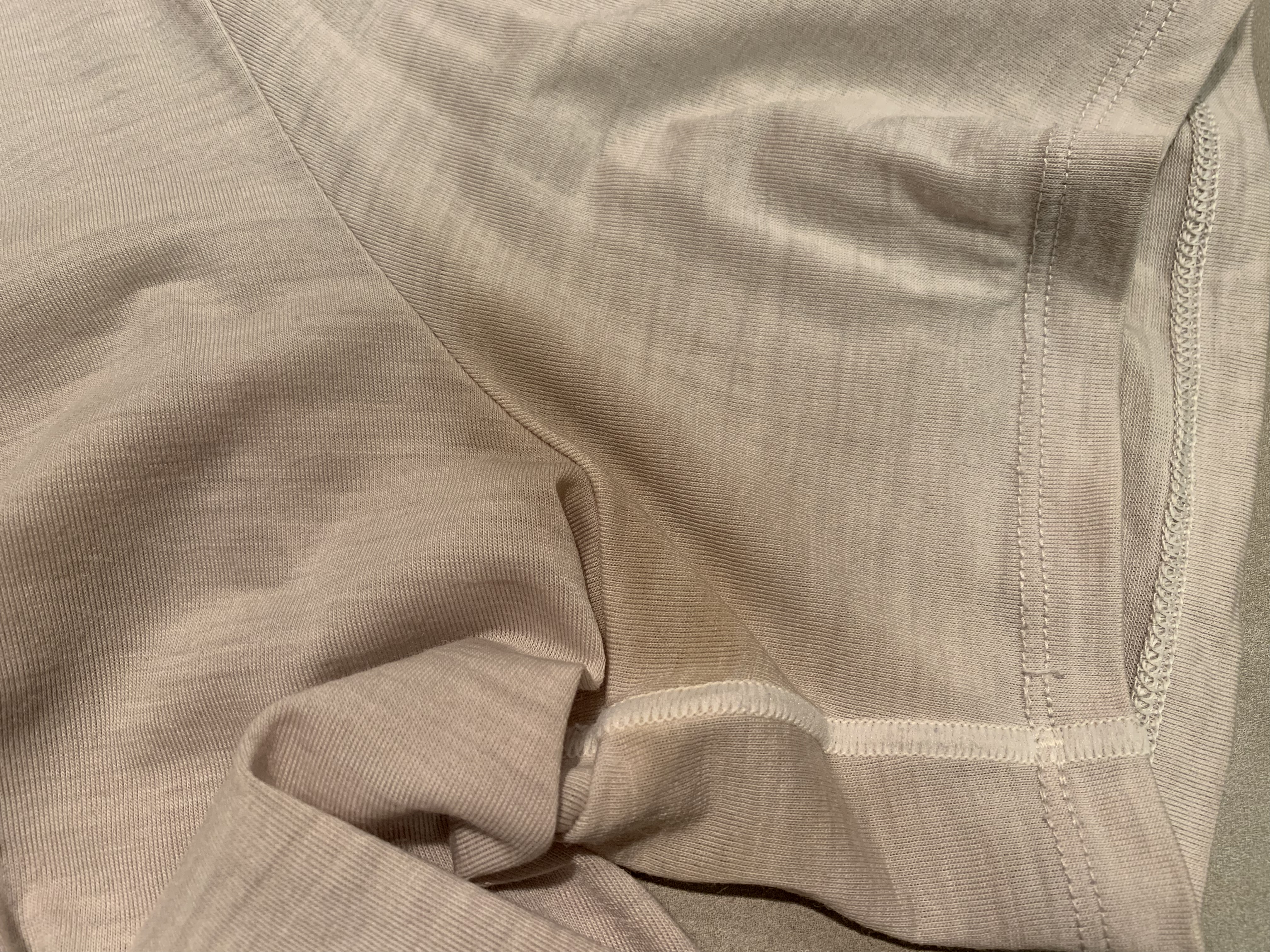 Pretty bad, as this had mostly been worn as an undershirt. This is an Icebreaker Anatomica crew neck, in what I believe they call “bone” for the color.

My first pass at this shirt was to get a mixing bowl and dump some Oxiclean powder into it, fill with water, and mix in the Oxiclean to dissolve it 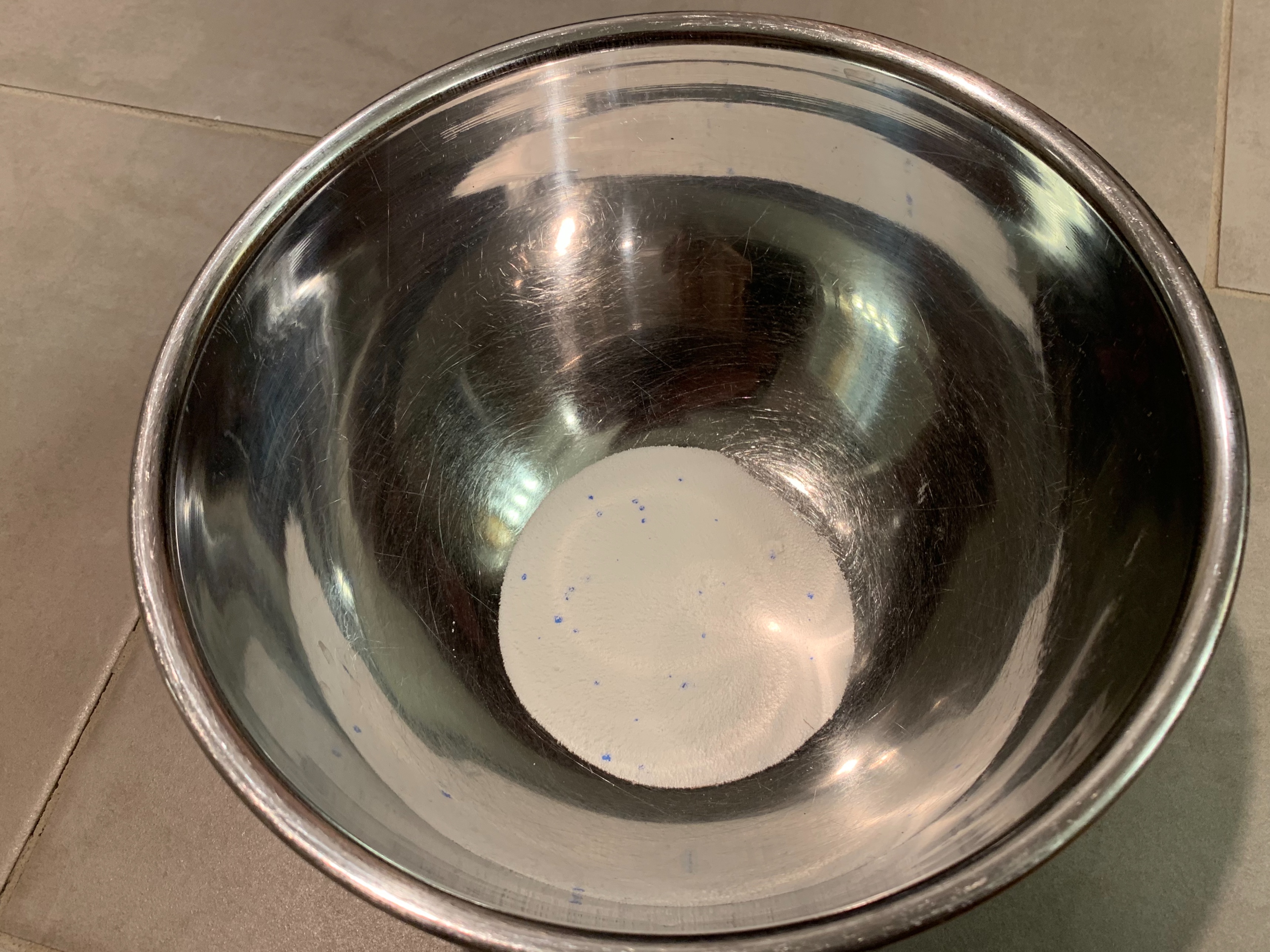 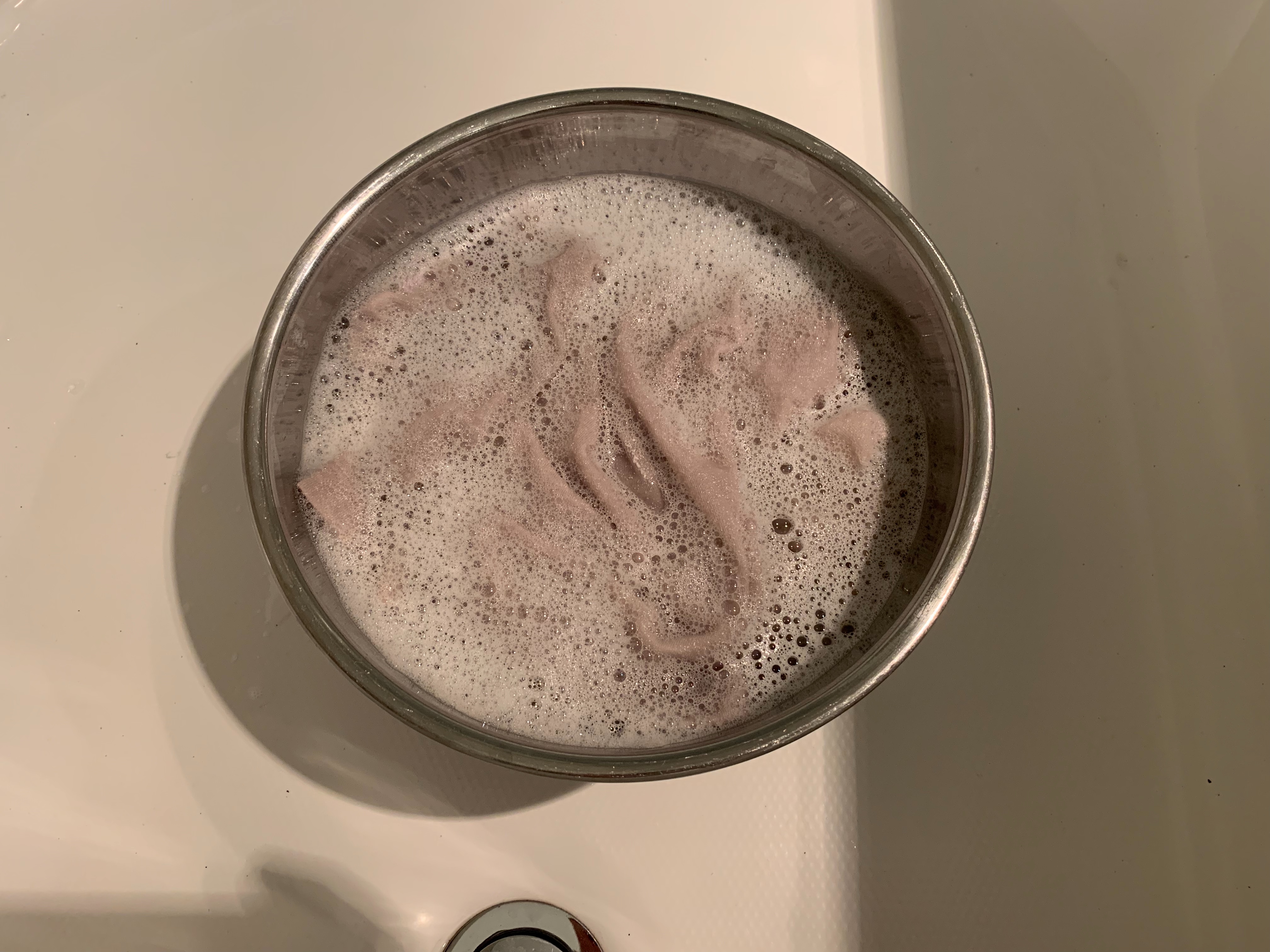 Then I submerged the entire shirt to soak for 12 hours. After soaking I wrung out the shirt, and washed it with our standard laundry detergent. I did an extra rinse cycle on it as well.

Note on the Outlier shirts: while the pictured shirt is basically a natural color, both Outlier shirts are blue. When I let those shirts soak overnight, they turned the water blue. I was pretty concerned they would be super faded after washing, but to my eye they look no different. I have no doubt this process took some of the color out of them, but I cannot see it.

After all of that, here’s what the shirt looked like: 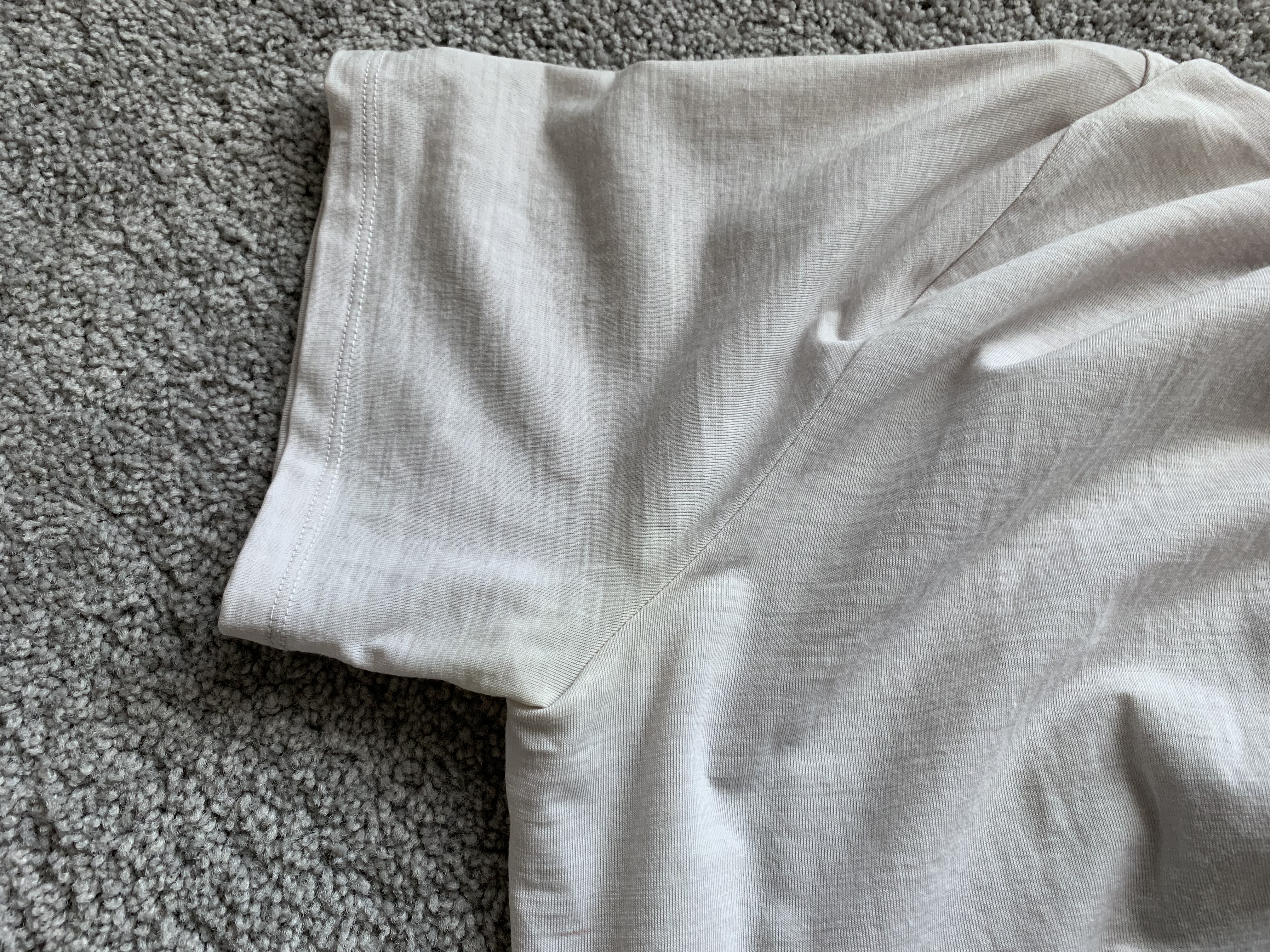 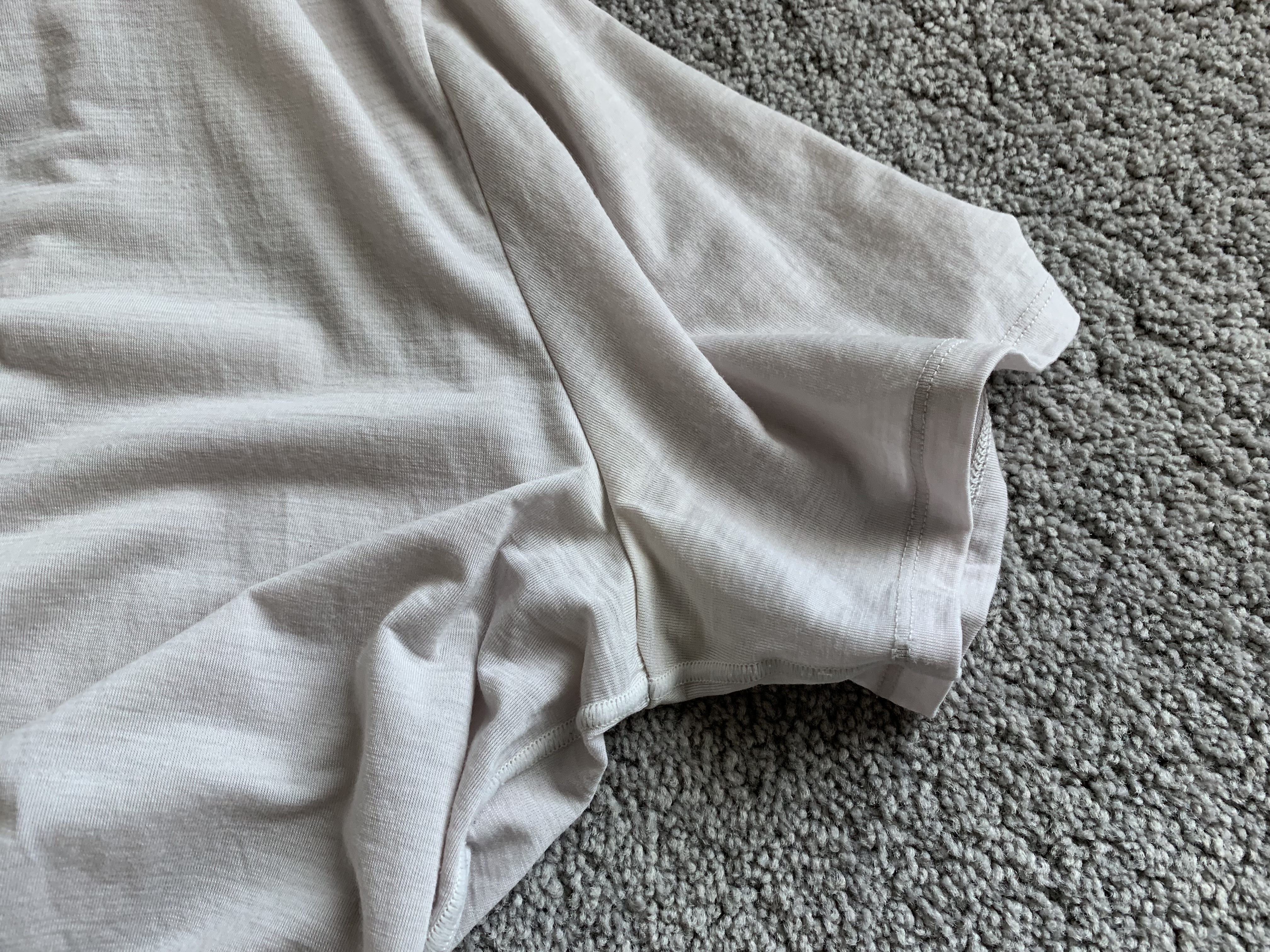 There’s still light staining you can see, but it’s mostly gone and the shirt is wearable again. Both Outlier shirts came out looking absolutely perfect 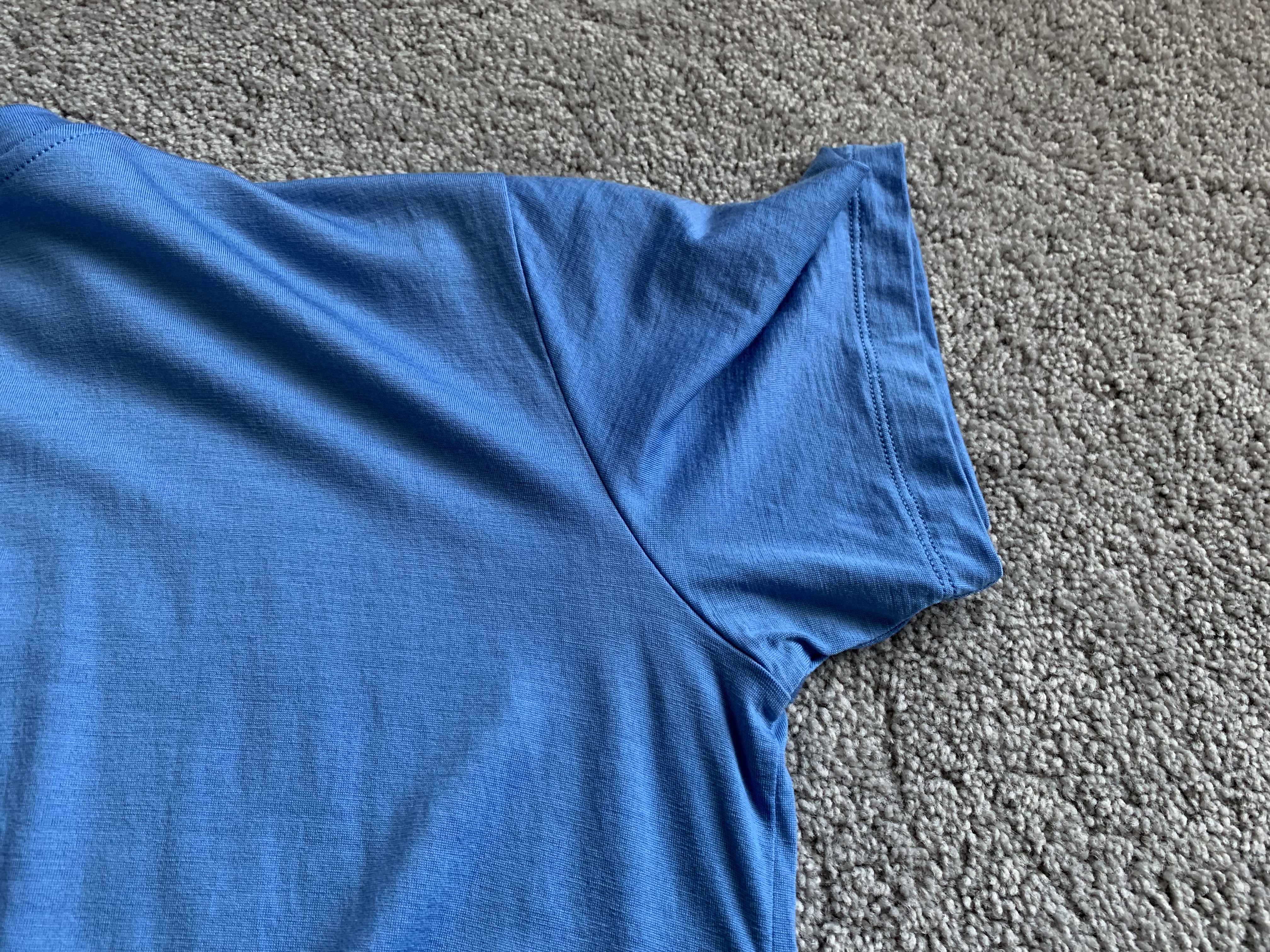 And as you can see, the color looks fine on them as well. I stopped there with the Outlier shirts as I was quite happy with the results.

Since the Icebreaker shirt was older, and had way more staining, I wanted to see if I could knock out the stain even further. Instead of doing another full soak on the shirt, I made a paste out of Oxiclean and applied it with a toothbrush to the stained areas with a bit of scrubbing. Then I let that sit for about an hour before washing the shirt again. 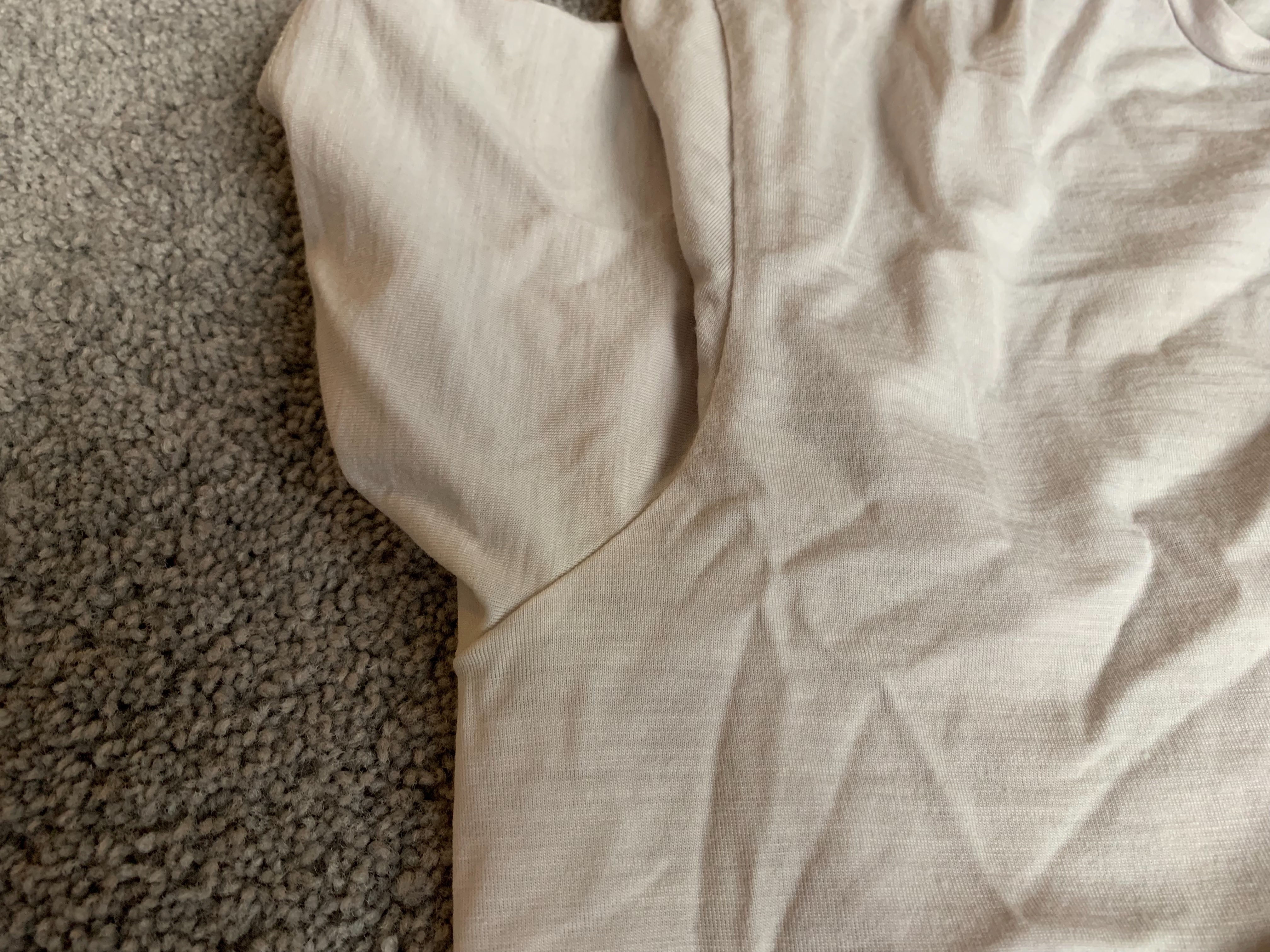 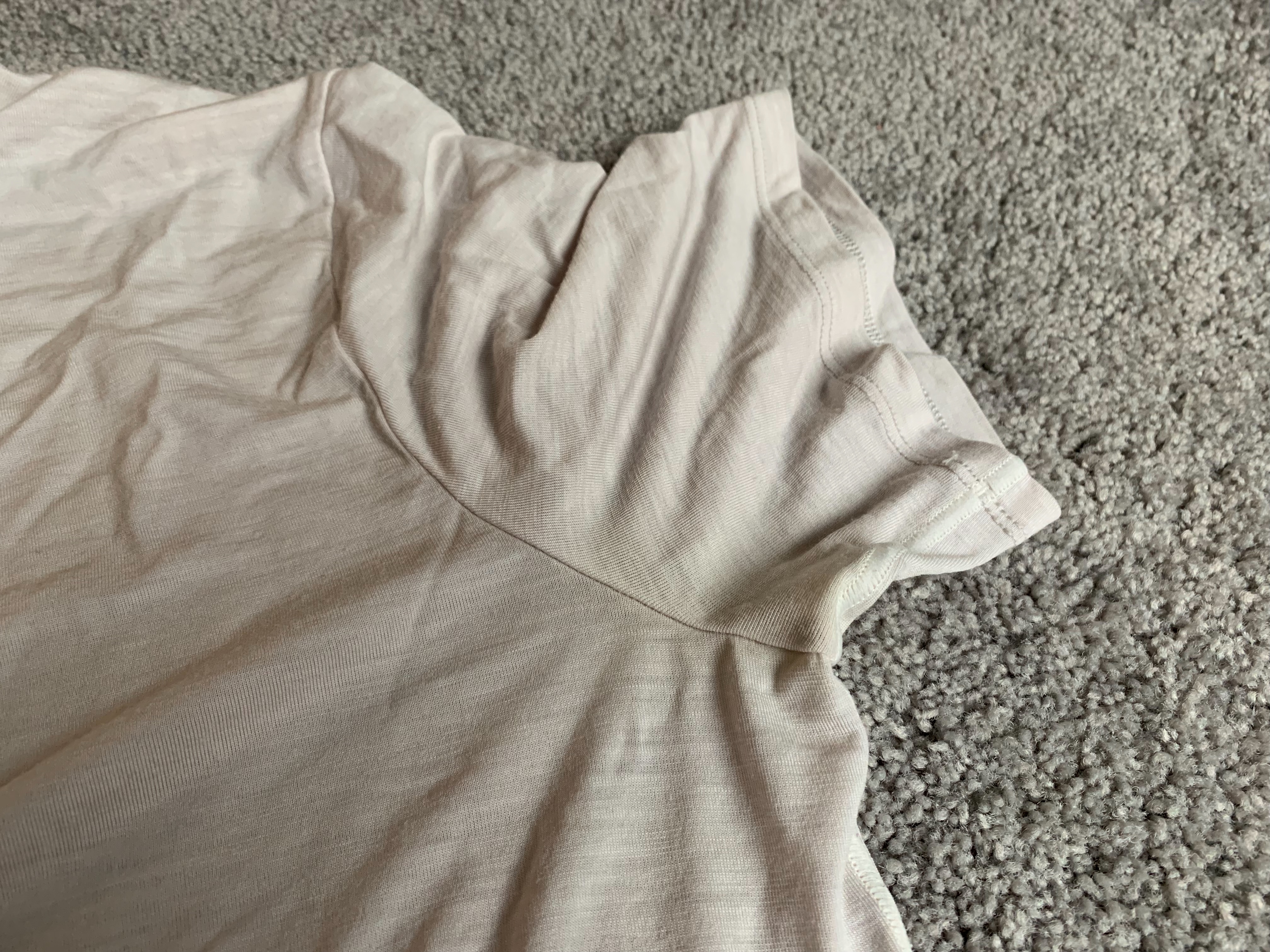 It is extremely hard to see in these pictures but the stain is still slightly there. The paste only removed it a little but more. I think if I soaked the shirt again, it would be gone, but its gone enough that this is fine for the undershirt nature of this shirt.

I am very impressed with the work Oxiclean did on these shirts. Especially with the Outlier shirts which now look brand new again. I was very worried this would make the wool feel nasty, but oddly enough they feel like normal. I guess time will tell on that front, but this process didn’t outright destroy the shirts. I think after washing with Kookaburra again, they will be completely back to normal.

I will not hesitate to use this method in the future on any wool. It really worked well. I think the paste method is a complete waste of time, as it really was not nearly as effective. Do a long soak over night, and I think you will see the best results.

Note: Oxiclean says not to use the product on wool, so while I didn’t see any issues, use at your own risk.