Note: this item was provided by Outlier for this review.

I’ve actually been using Grid Linen Towels for almost a full two years, both for travel as well as everyday. Outlier’s pitch for this towel is that it dries faster, weighs less, and packs down more. Ostensibly they have designed it to be the best beach towel you can buy, however, I’ve found mine are at home in my travel bag and hanging in my bathroom. 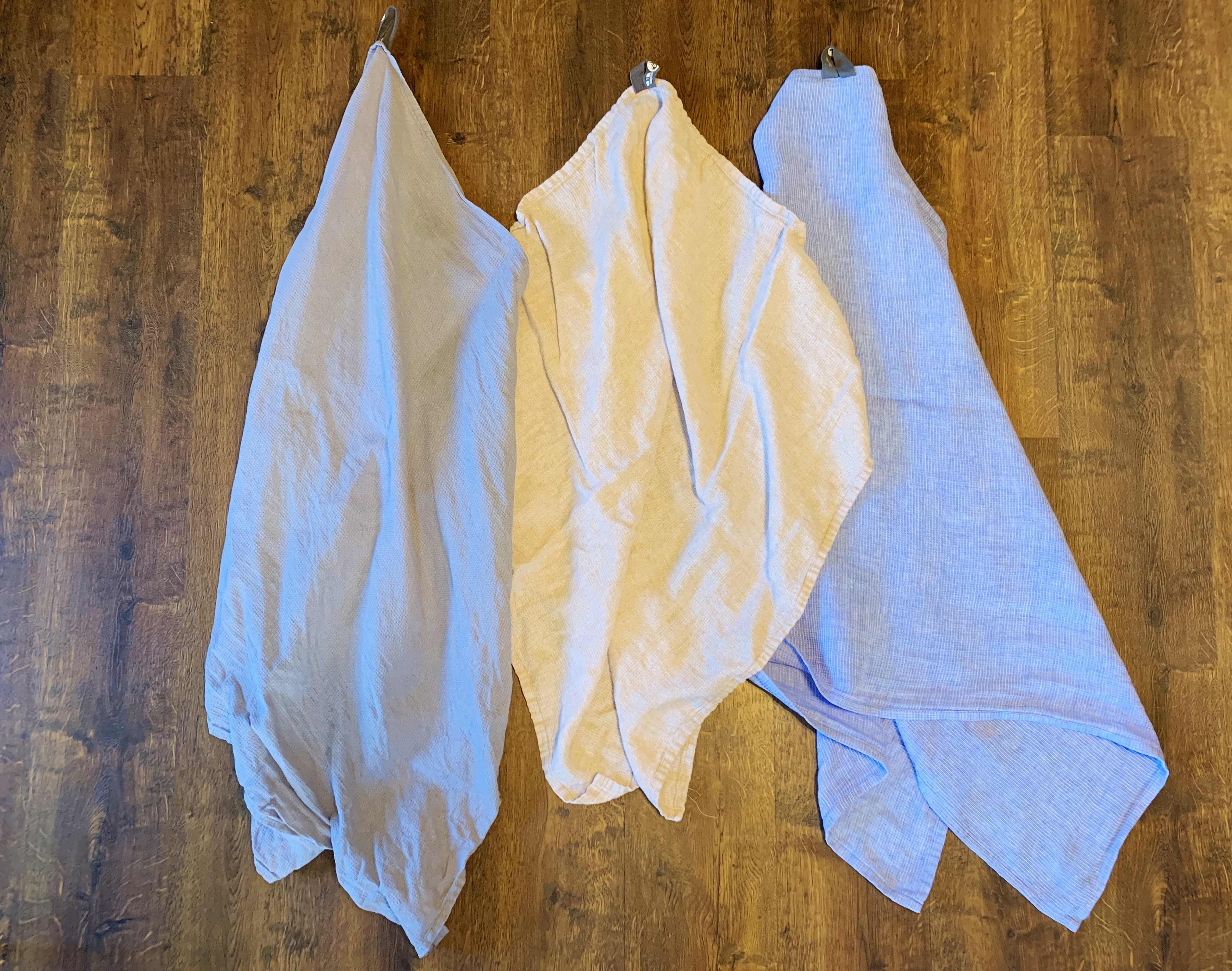 This is a 200 gsm towel made of 100% woven linen. This towel isn’t a standard linen towel though, as the ‘grid’ part of the name is important. Here’s how Outlier explains it: “We chose a box weave linen, its three dimensional structure maximizes the surface area of the linen fibers.”

The fabric itself is very rumpled and light. When you hold the towel dry, it’s decently hard to believe it’s capable of drying your entire body. It’s also rough feeling, especially when new, but over time (my almost two year old one is decently soft) the fabric breaks down and gets softer. 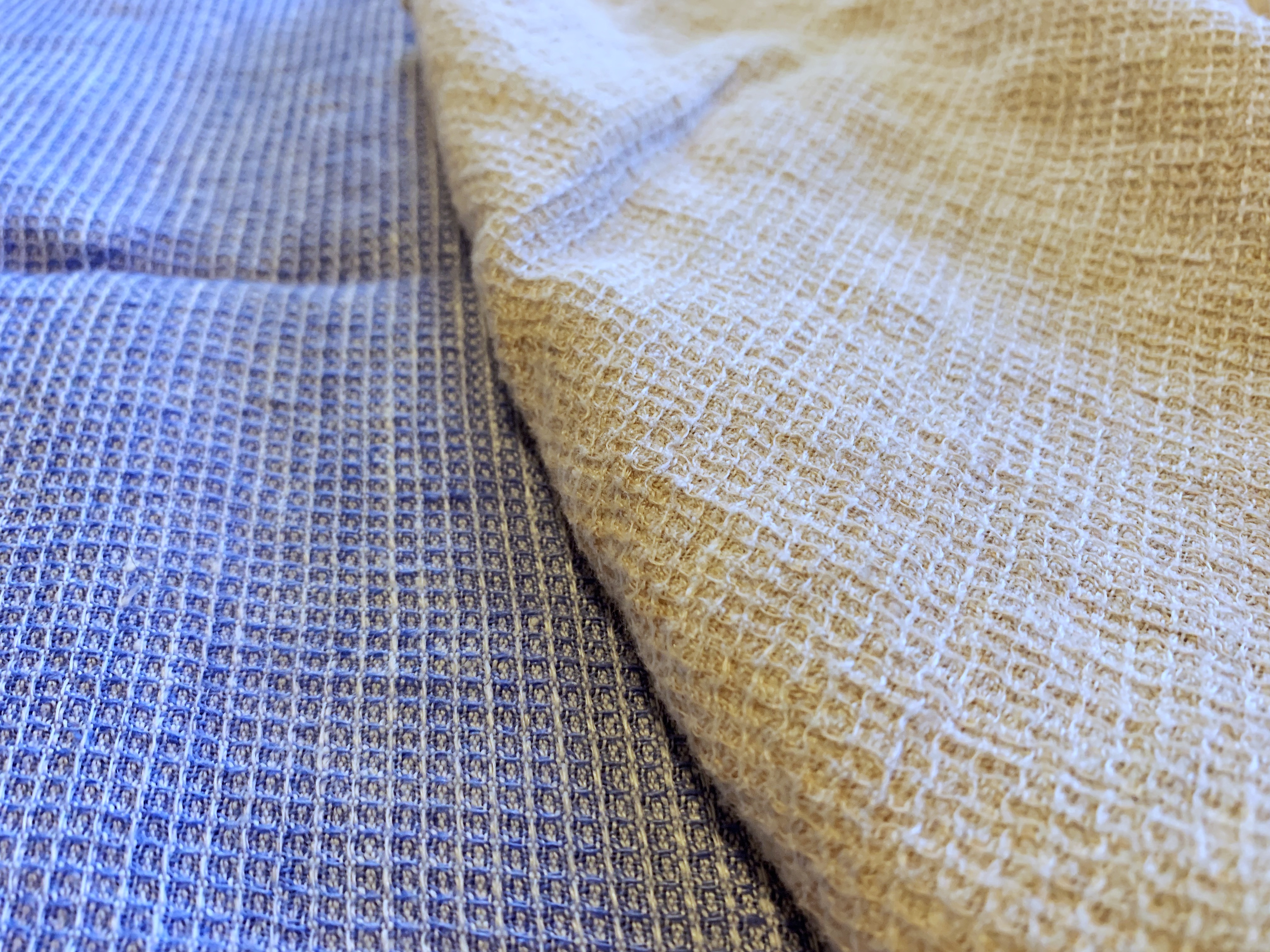 The story is that Outlier set out to make a better beach towel — one that dries you off well, without collecting half the beach on it. This towel does do that — though I have only used it at the beach one time. A bigger story with this towel is that it is very lightweight and packs down pretty small, especially when you consider the utility of it. All of this leads to a towel that is very versatile. 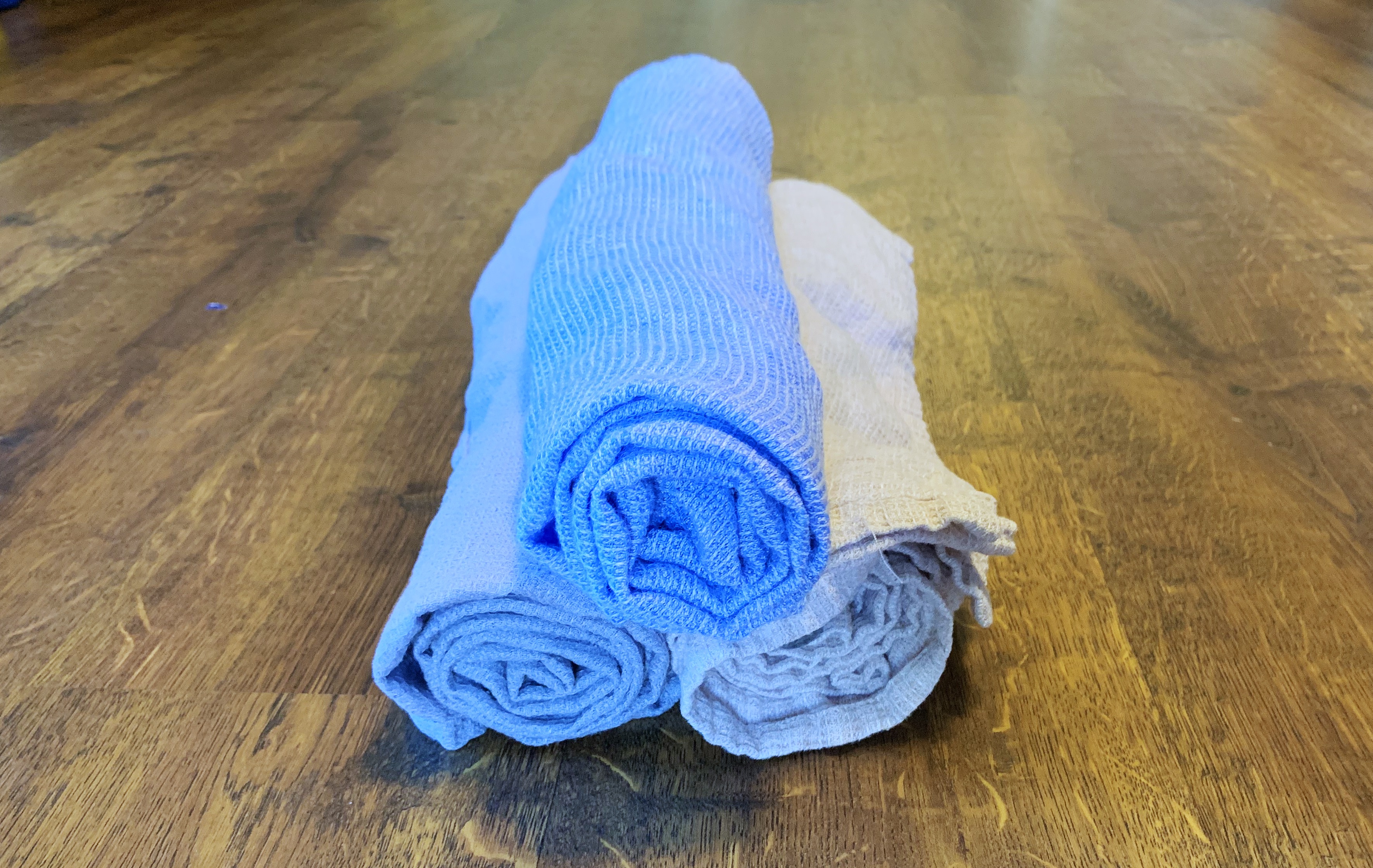 A lot of travelers like to take towels with them, this is better than any travel towel I have tried. Many beach goers need extra bags just to carry a beach towel, you won’t with these. And honestly, it’s a better bath towel as well.

So the reason you want this is because you want to use a better towel, and you don’t accept that plush and fluffy is necessarily better.

I’ll break this into two sections: at home, and travel. Let’s start with travel first.

I initially traveled with the size large towel (56” x 36”, or about bath towel size) and found that while compact, there’s not a lot of utility for the type of travel I do with this large of a towel. I quickly switched to a size small for travel (15” x 15”, like a handkerchief) and then bought an extra one after just the first trip. 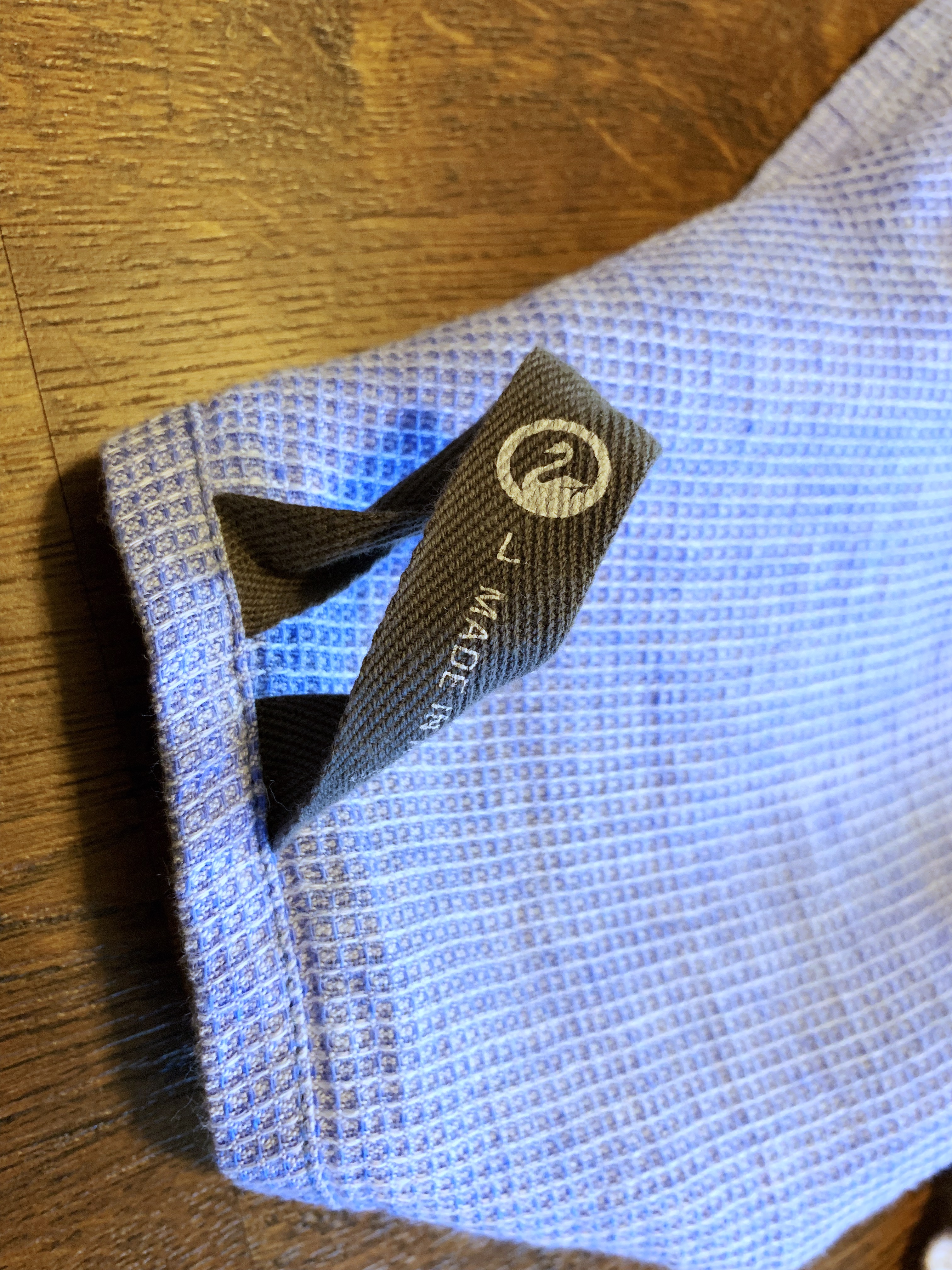 The small towel shines in travel because you always have a wash cloth with you, but one that dries fast enough that you don’t need to worry about carrying a sopping wet rag in your bag. One of the biggest uses I get with mine is a quick wash of my face with water after a long flight. I’ve also cleaned up many near disaster spills on planes from turbulence and carelessness. The towel absorbs water quickly and dries very fast. I mean it when I say: I do not travel without one of these towels, and I use it about every time.

At home, I use one of the size large towels after every shower and I have done so for almost two years now. I actually have 3, including the one Outlier sent me for testing. After just the first use, I knew it was going to stick around as the towel for me. It takes a little getting used to though.

For one, the linen is thin, and though it can absorb mountains of water, you need to move the towel around — not use just one area — when you dry your body off. Otherwise it stops absorbing water in those spots. This isn’t a big deal, but it will amaze you how long it takes to adjust to this.

It’s also scratchy feeling, especially when it is new. That’s quite nice when you are drying your back — who doesn’t like a back scratch — but can be completely off putting for some people (like my wife, who thinks I am nuts). Overtime it softens, however, it never feels plush and fuzzy like those luxury hotel bath towels. Though, if those hotels knew anything, they’d be using these towels.

Lastly, this towel dries really fast and that has a lot of benefits. The first is that it dries fast enough that gross smells do not tend to build up very fast on it. I did a test a while ago, and found that a standard cotton bath towel could last me about 3 showers at most before it started to build up a smell. This towel can last past 7, and honestly, I stopped testing because I started to feel a little weird about it.

Another benefit is that if you take multiple showers in one day, you might have noticed that your standard bath towel may not have had time to dry. This towel tends to be dry after using it in a few hours time — which is awesome.

There are just two caveats with this towel:

Lastly, drying these is interesting. I’ve tried drying them by hanging them (Outlier provides a nice loop for doing so) and putting them in the dryer. If you use the dryer, the towels come out really soft and nice. If you hang them they have a scratchier texture to them until you use them a bit.

Hanging from the loop works great, but will tend to slightly stretch the towel in weird ways — though not in any way that seems to be a deal breaker. However, hanging from that loop dries the towel very quickly, especially if there’s any type of air movement around the towel.

I love this towel, and I have for a long time now. The small ones are fantastic for travel, and the bigger ones are the only towels I like to use for the bathroom. I’ve taken mine to pools as well, so that I know I can get myself and the kids dried off — because honestly there’s not a lot of bulk added with taking these. They work great at theme parks with kids too.

I’ve tried clear blue, medium gray, natural, and gray rock. I like the look of the clear blue the best, the medium gray did get some discoloration as did the gray rock. The natural is also great and would be my second choice of colors.

Bottom line: if you aren’t turned off by the thought of a towel that isn’t pure plush fuzziness, then you can’t get a better towel for yourself.