Taylor Stitch has been around for a while now, mainly focusing on traditional fabrics like cotton. A few years ago, they came onto our radar with their performance line, CIVIC. Since then, they’ve snuck some higher performing fibers into their Taylor Stitch line as well.

Since I finished up my polo roundup, I’ve been looking for some summer short sleeve button-ups to fill out my warm weather wardrobe. So, when I saw The Short Sleeve Bandit in Heather Grey during their Summer Sale, I couldn’t turn it down. 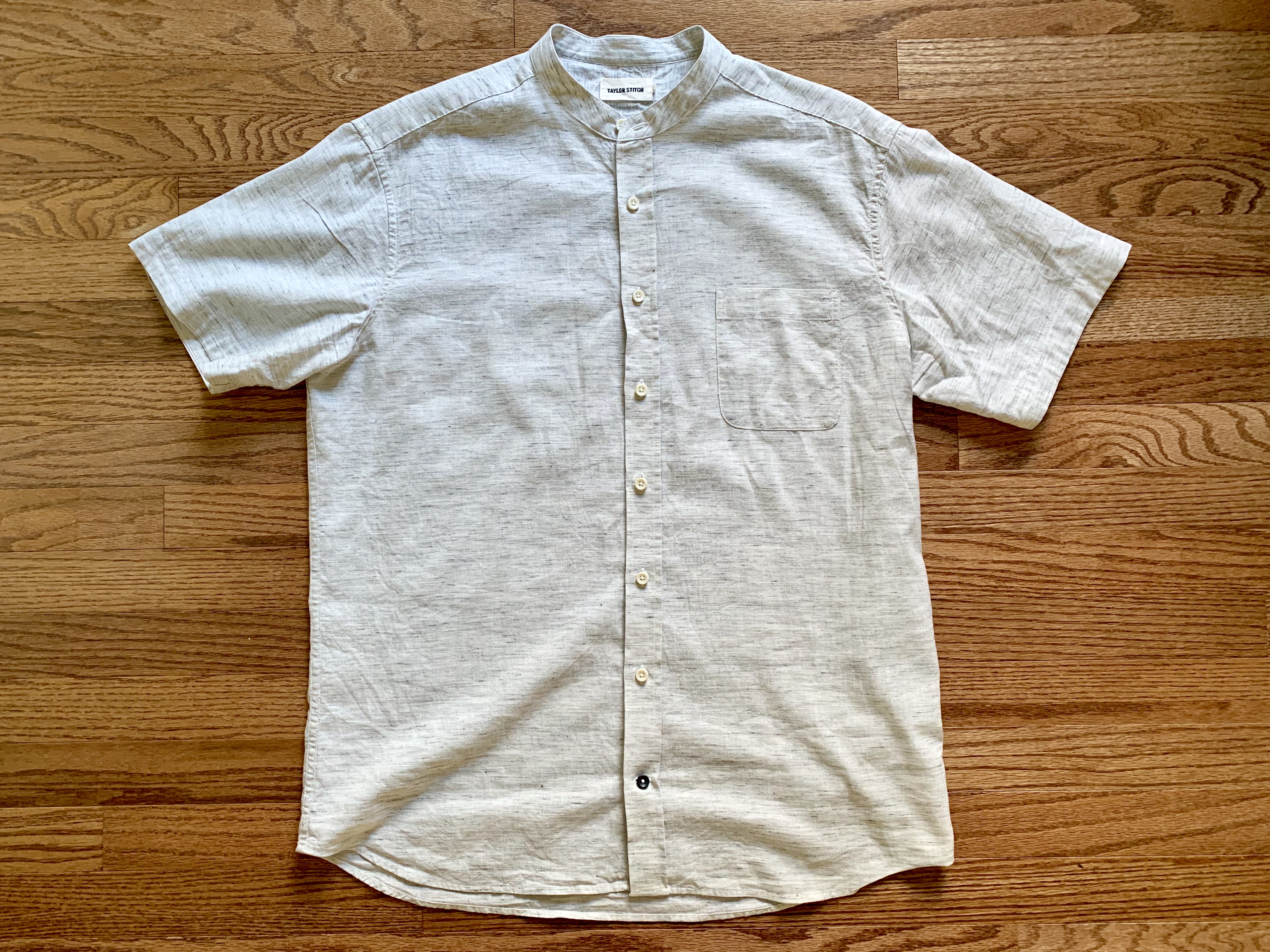 This shirt is made from a 4-oz. 86% organic cotton, 14% linen blend. The material is thin enough that I felt I needed an undershirt under the light color. Something to keep in mind, but certainly not a deal breaker for a summer shirt.

The linen also brings an eye catching texture and color variation to the fabric without being rough.

When I ordered the shirt, I wasn’t sure if the low linen content was enough to impart some linen performance, but I was proven wrong. After wearing it in some of the hottest days of the summer, I can say that the fabric performs better than 100% cotton for breathability and moisture management.

The fabric also tends not to wrinkle like pure linen. You get some of the benefits of linen while avoiding its biggest pitfall — wrinkles as soon as you put it on.

The fit was spot on for me. Designed to be worn untucked, I found the length to work equally well with shorts or pants. Taylor Stitch notes a tailored fit and high armholes. Sometimes high armholes can make shirts fit weird for me, but they struck a nice balance of making the shirt look sleek while not taking away from the comfort. 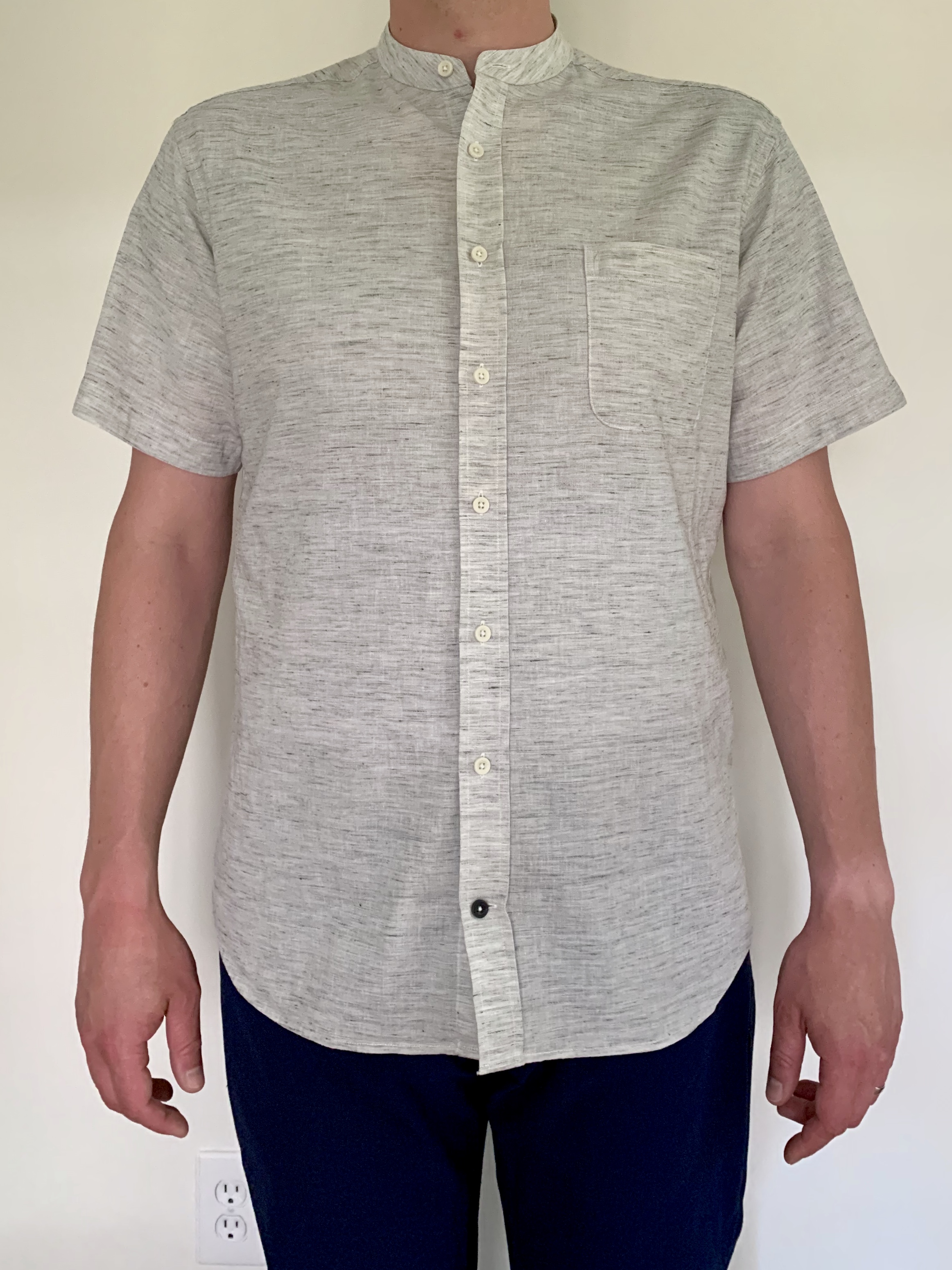 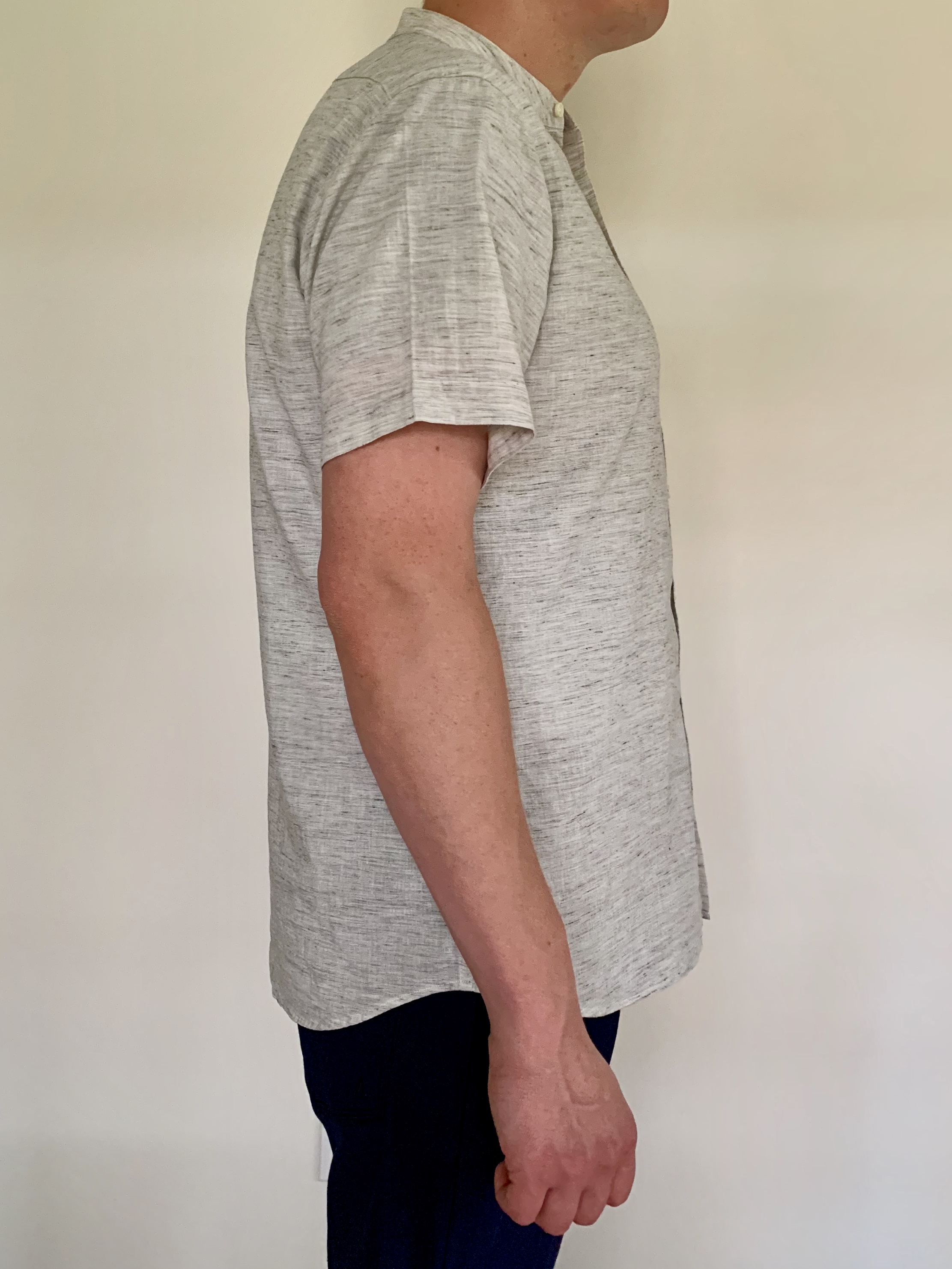 As for the band collar. I was not sold immediately, in fact it took a few tries before I decided to keep the shirt. Once I wore it, it really grew on me. It is a great look for a casual summer shirt (and even makes ironing a little less of a pain, as does the lack of back pleats). In fact, I even got some complements.

This shirt exceeded my expectations in how it performed in hot weather. I expected it to perform mostly like a cotton shirt, but the linen was able to significantly pick up the performance.

Sitting outside to eat on one of the hottest nights of the year, I remained comfortable. While I was sweating, the shirt did an admirable job. Where the shirt was soaking up sweat, it felt a little moist but was drying quickly enough that it never became wet. I think the linen helped some here managing the moisture and with its cooling effect. Even better, when I went inside, the shirt dried very quickly.

This shirt exceeded my expectations as a casual short sleeved button-down. The linen blend fabric looks great and performs surprisingly well and is certainly a fabric I’d hope Taylor Stitch keeps using. While the band collar might not be for everyone, it really grew on me and is going to be something I will keep my eye out for in the future.