I picked up the GORUCK Simple Windbreaker hoping to have a lightweight and packable layer to use when traveling. Something I could keep in my bag to deal with minor inclement weather but which never takes up too much room. GORUCK makes two variants of this jacket, one with a hood and one without — I chose the one without as the jacket is not designed to be a rain layer. 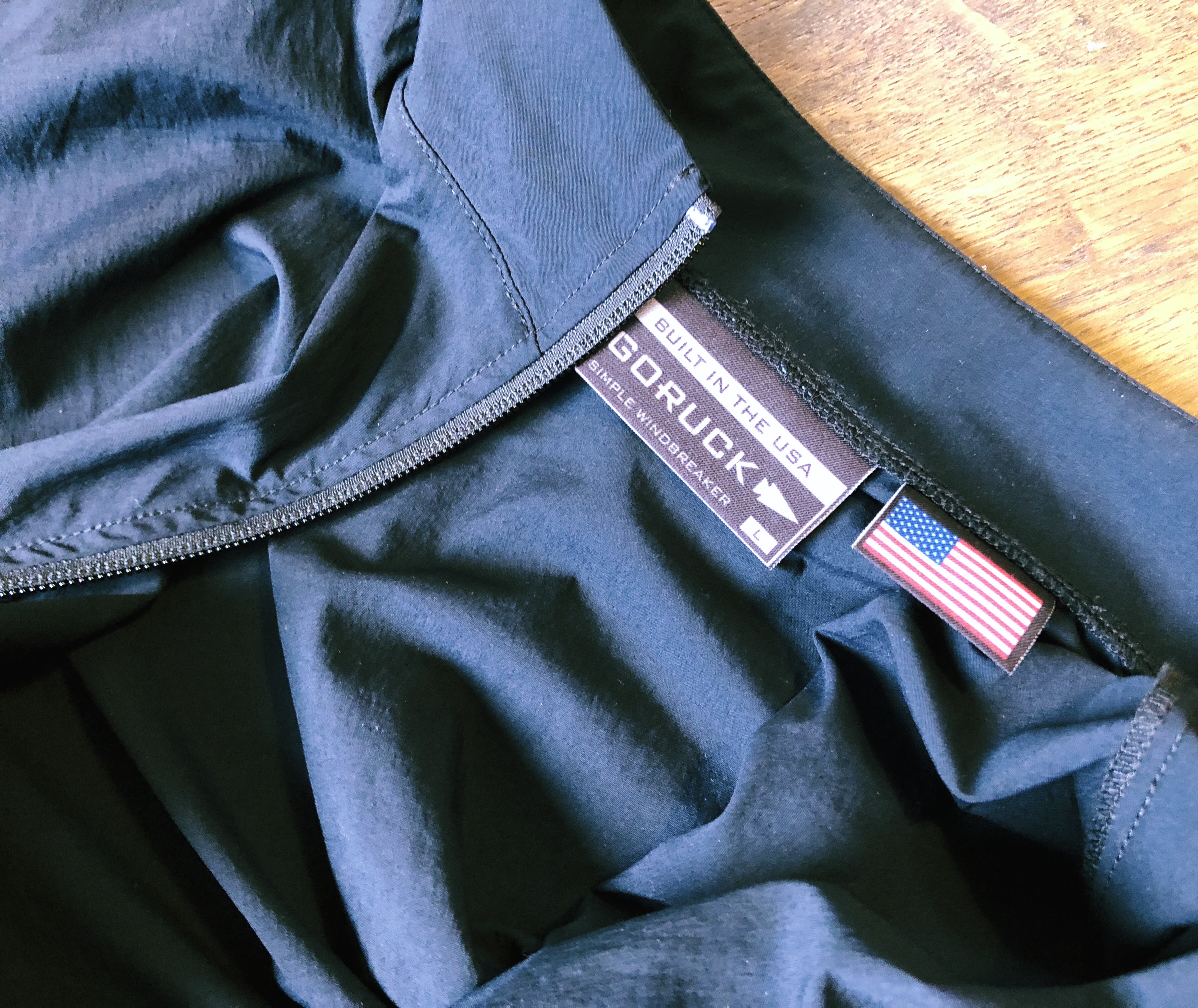 I first put this jacket through its paces on a trip to Houston and back to Seattle. In Houston I wore it as a light layer in the humid mornings and found that it breathed much better than I expected. When arriving back in Seattle, it was frigid and snowing, and I used the jacket to stay warm while waiting for my ride — it was better than nothing but far from an insulation layer.

Next I took it to the Washington coast where the ambient temperature was around 40 °F and the wind was blowing at a constant 30 mph with stronger gusts. What shocked me on this test was how much wind this jacket blocked. With just a fleece jacket and t-shirt under the windbreaker I was able to stay plenty warm walking around the beach in the high winds. This is where I started to fall in love with this jacket — it’s much lighter weight and compact to pack than any rain shell I have yet it performs incredibly well in wind.

I’ve also worked out with this jacket many times and found that it breathed OK, not as well as say the Ferrosi material from Outdoor Research, but well enough that I didn’t feel like steam was building up under the jacket. Overall, this is exactly what it says: a wind breaker. If you expect a jacket which can keep the wind from cutting the heat out of your core you’ll be very happy. 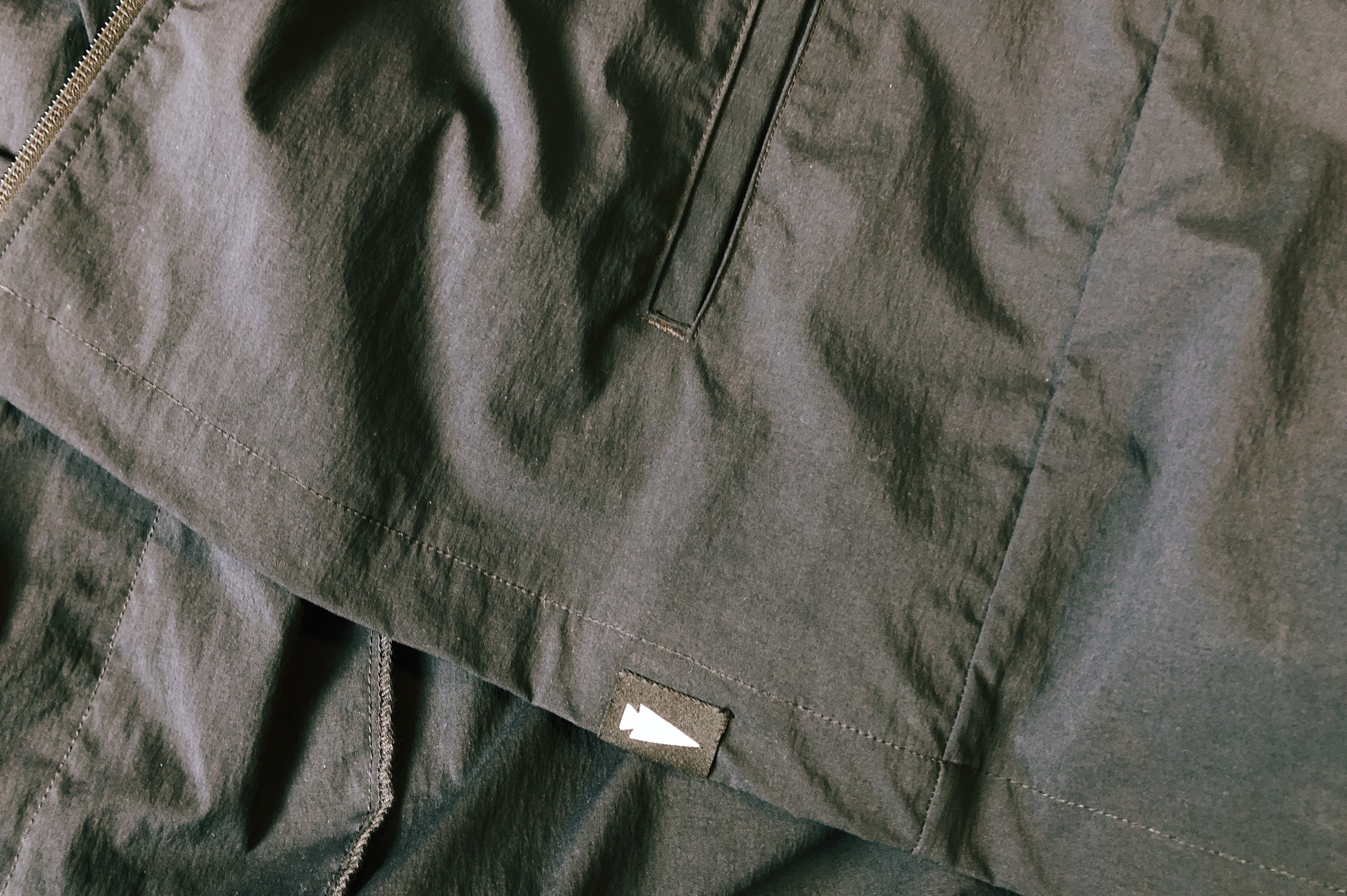 This jacket is made from GORUCK’s ToughDry fabric which is 94% nylon and 6% spandex at a weight of 125 gsm. The jacket sheds water pretty well, and though not explicitly stated, I have to assume it has some sort of DWR coating on the fabric — fabrics don’t bead water like this when they don’t have a coating. GORUCK made this jacket with the goal of being light, water repellent, active, and durable — I think it checks all those boxes easily. One last note on the spandex: it appears to be two-way stretch instead of four-way. Plenty comfortable for most activities, but when raising your arms above your head I do notice the jacket doesn’t move as much as one would hope.

When a couple friends found out I was testing this jacket they asked me directly about its water repellency — they wanted to know if it can withstand any rain or if water just soaks in. This is a really tough one to answer and I have two things I will say:

Everything you read about this jacket says not to trust it for water repellency, but every experience I’ve had with it tells me it’s great in light rain. Again, I suspect there’s DWR, which means it would wear off over time. That said, it could be something else — perhaps just the tight weave nature of the nylon or something else entirely. What makes me question my DWR assumption is that DWR can be reactivated by putting a garment in the dryer for 15 minutes, and yet GORUCK specifically states that you should not put this jacket in the dryer if you want to maintain water repellency. I’d love to know what is going on with this, because there’s something really neat about this fabric’s water repellency. 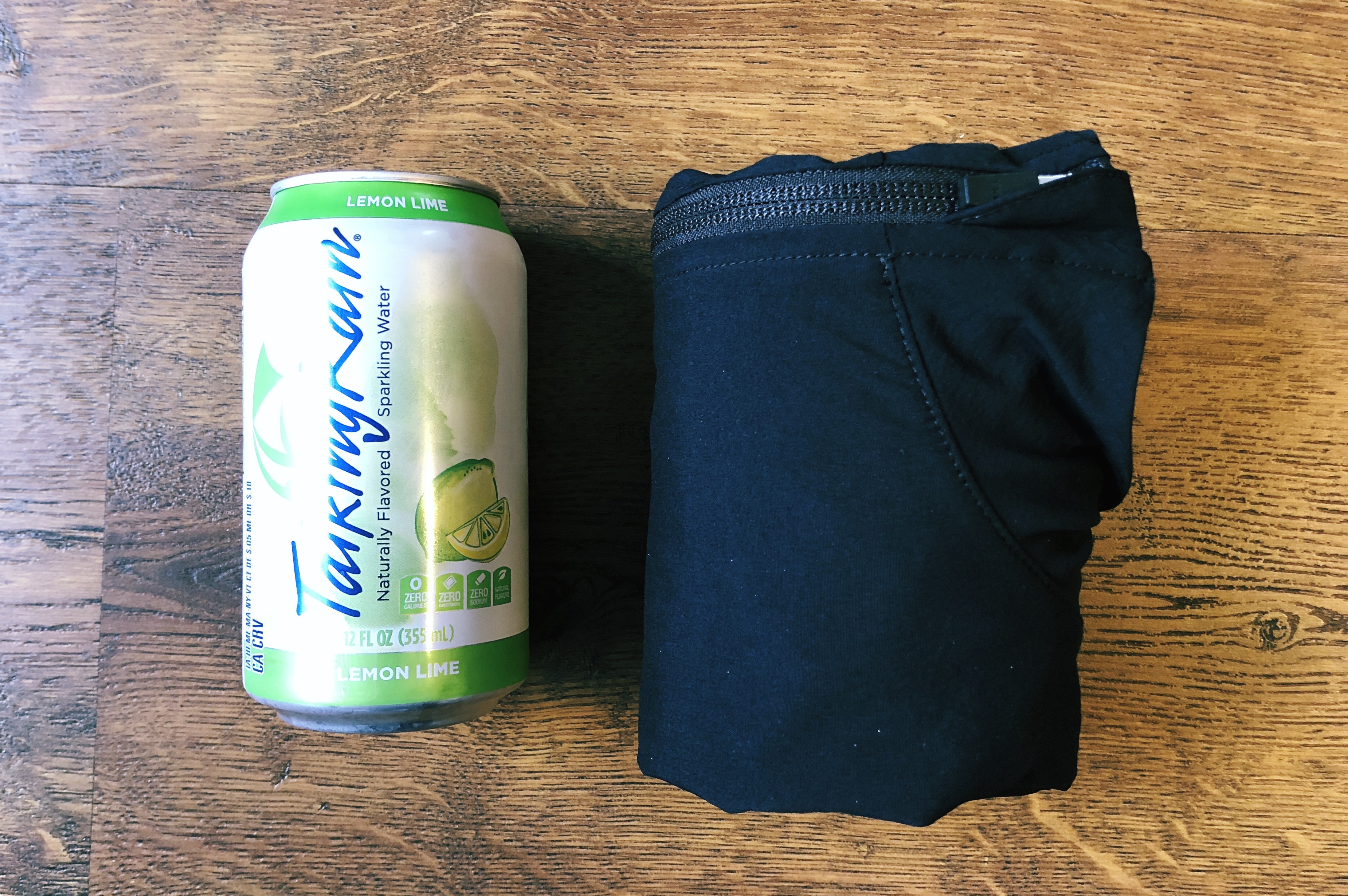 The reason I bought this jacket is because GORUCK shows the jacket with the hood rolled up to a size just bigger than a can of soda. In practice, this jacket without the hood can be rolled up to that size as well — which is very handy when packing it. It is very light, and rolls up small, so it’s as close to a freebie as you get when you are packing it in a bag for a trip or as an emergency layer on a day out. 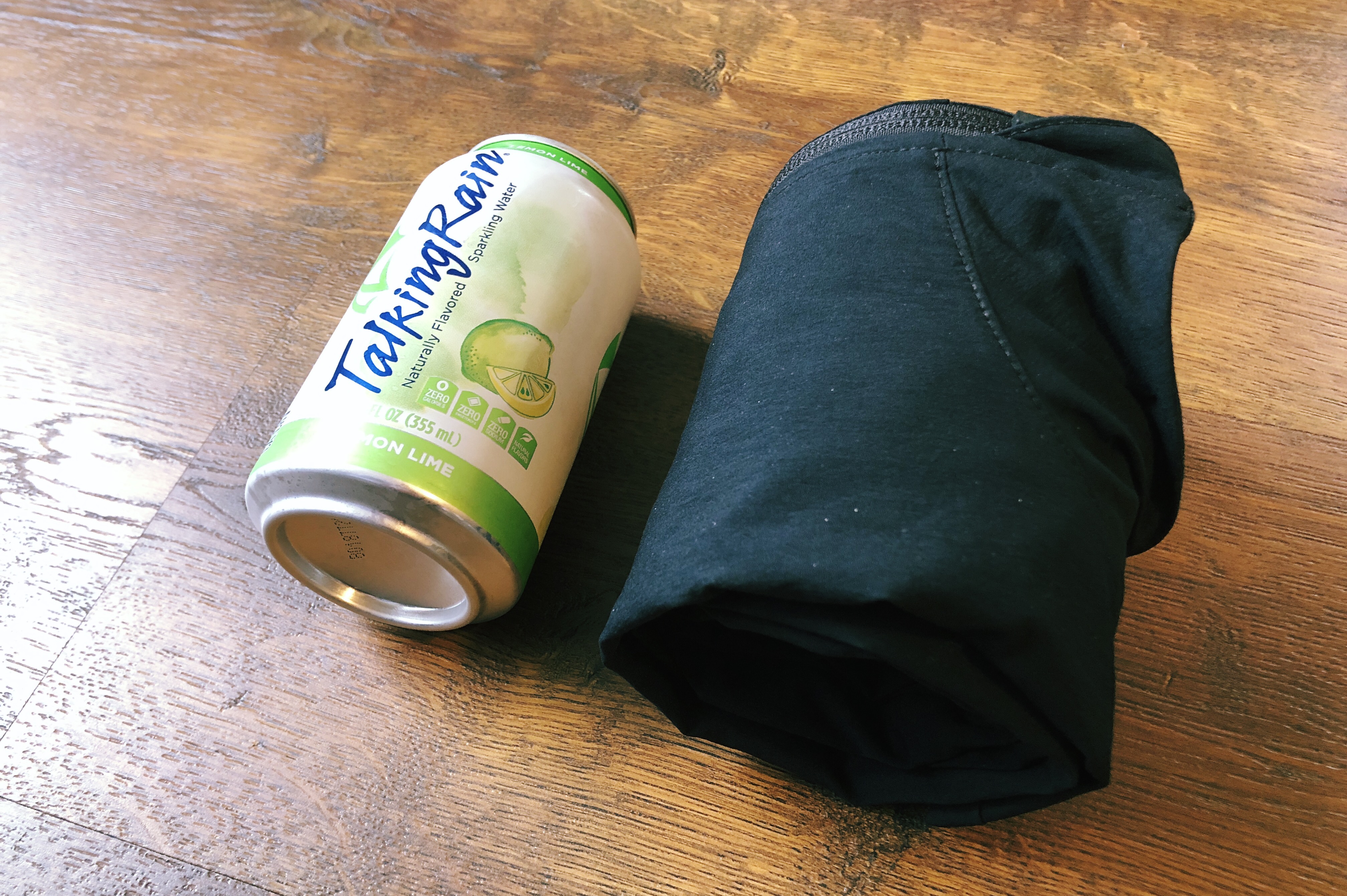 Because of this packability, I’ve worn this jacket more than any other jacket I own these past couple of months.

This jacket is very basic. The pockets don’t have closures and thus really can’t be relied upon to store things — which is an acceptable trade off for how light and packable the jacket is. But there’s one major downside: the ToughDry fabric is very prone to friction when you are sliding the jacket on and off.

I mentioned above how I wore a fleece jacket under this jacket, but what I didn’t mention is that it was not easy to wear the two jackets like this (it would have been easier if the GORUCK jacket was one size larger, but then it would be too large for me generally). Most jackets take care to make sure you can easily slide your arms into the sleeves without the sleeves binding whatever else you a wearing — that’s just not the case with this fabric. It’s hard to describe as it doesn’t harm the other fabrics you are wearing, but it does tend to grip on to them making things a little more cumbersome when you take the jacket on and off.

This is really the only downside with the jacket, so it’s best to wear the jacket with layers that aren’t very bulky. Don’t rely on this as something you can slide on over a fleece easily — I learned the hard way.

I really like this jacket, I can see it being a year round staple item for me. It doesn’t look like anything special, but it performs extremely well and is easy to take with you. It feels high quality, should last a long time, and punches well above its stated attributes.

Updated:2/14/21
Almost three years later, this is an item I still use constantly. Though these days it finds most use during my rucking workouts rather than on travel. I cannot tell a difference between this jacket today, and what it looked like when I got it.

It feels slightly softer than I recall, but there’s no other sign of wear or durability issues. In fact this jacket has been put through a lot in the time I have owned it, and has been all over with me. It’s an ideal windbreaker — nothing fancy and yet everything I need.

The ability to pack this down, and still have ample wind and light rain protection makes this jacket hard to beat. It still looks like it did when I bought it and I still recommend this quirky jacket.